Heartland Symphony Orchestra is a 50-piece volunteer, nonprofit, community orchestra located in and serving the central Minnesota area of Brainerd, Little Falls, and the surrounding rural communities. Musicians, from amateurs to professionals, come together once a week from all over the region to rehearse and perform three full-length orchestral music concerts each season in both Little Falls and Brainerd.

Special guest artists and conductors, local soloists and ensembles, area youth concerto winners, and charming repertoire commentary all help to make each concert unique and entertaining. The HSO also contributes its service to communities through music education programs, special events, and ticket give-aways. For more information, to receive a free HSO season brochure of upcoming concerts, to order your tickets, or to get involved either as a player or HSO sponsor, please email HeartlandSymphony@gmail.com or call the HSO at 1-800-826-1997. 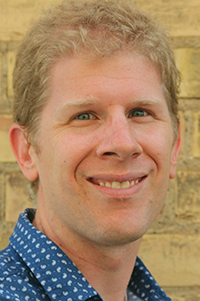 Ryan maintains an active schedule as a conductor. In 2019, he was appointed Music Director of the Heartland Symphony. In 2021, Ryan was awarded a fellowship with Sinfonietta Memphis — he was selected from a pool of 60 international conductors to rehearse and guest conduct one of the leading historically-informed performance practice ensembles in the nation. Other groups Ryan has worked with include Lawrence Youth Symphony (which doubled in size during his tenure), Youth Orchestras of Kansas City, La Primavera Youth Orchestra, and Community Youth Orchestra of Southern California. Ryan is equally at home working with concert bands — he directs the Symphonic Band at Bemidji State University and regularly appears with the Bemidji Area Concert Band.

In addition to working with bands and orchestra, Ryan is equally comfortable performing musical theater and opera. During the summers, he serves as Music Director for Northern Light Opera Company in Park Rapids. Shows he has conducted or assisted include South Pacific, My Fair Lady, The Drowsy Chaperone, Pippin, Hello, Dolly!, Pirates of Penzance, and The Old Maid and the Thief.

When Ryan isn’t performing, he enjoys sharing his passion for music with students of all ages. Ryan has served on the faculty of Bemidji State University since 2017, where he teaches lessons, low brass methods, and directs the Bemidji Low Brass Choir. He has given pre-concert lectures for the Minnesota and Indianapolis Symphony Orchestras, and has written program notes for soloists and ensembles of all sizes, including releases for Naxos. As an administrator, he serves as the News Coordinator for the International Trombone Association.

Outside of music, Ryan also enjoys reading, training for half marathons, and spending time with his wife Miriam and dog Chewie. 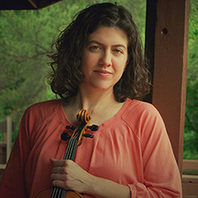 Besides her work with the Heartland Symphony Orchestra, Ms. Zander has performed throughout central Minnesota with groups such as the St. Cloud Symphony Orchestra, Great River Strings Ensemble, the Legacy Chorale, and the Long Prairie Chamber Orchestra. Past summer engagements include the Sierra Summer Festival in Mammoth Lakes, CA, the Lake Chelan Bach Fest in Chelan, WA, and the Lakes Area Music Festival.

Ms. Zander began her violin lessons at the age of three at the Aber Suzuki Center at the University of Wisconsin – Stevens Point, where her teacher was Patricia D’Ercole. She studied with Mark Bjork at the University of Minnesota – Twin Cities, earning a Bachelor of Music in Instrumental and Classroom Music Education. Ms. Zander also holds a Master of Arts in Differentiated Instruction from Concordia University – St. Paul. 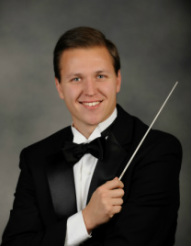 Christopher Fogderud is currently in his 15th year as Director of Bands at Brainerd High School. His responsibilities include teaching the BHS Wind Symphony, Concert Band, Jazz Ensembles and AP Music Theory as well as the BHS Marching Band and Pep Bands. He received his B.A in Music Education from Gustavus Adolphus College and his Masters of Music with a concentration in conducting from The American Band College of Sam Houston State University. He has served as clinician and guest conductor for MSHSL music contests and MBDA honor bands. Mr. Fogderud holds memberships in NAfME, MMEA, MBDA, Phi Beta Mu and has served on the College Board’s Instructional Design Team in AP Music Theory.

As a performer, Mr. Fogderud is an active musician in area jazz groups, including the Rusty Crayfish Brass Band and the Lakes Jazz Authority. He is assistant conductor and principal trumpet of the Heartland Symphony Orchestra. He has also performed frequently with the Lakes Area Music Festival. An active composer of liturgical jazz music, he has written, arranged and performed jazz music for church services in the lakes area.

Apart from teaching and performing, Mr. Fogderud enjoys golfing, reading, running, and hanging out with his two cats, Louis and Dizzy. He lives in Brainerd with his wife, Sarah and their two children: Harrison (5) and Grace (2).

Click to view a listing of the Heartland Symphony Orchestra Personnel (pdf).

Please email HeartlandSymphony@gmail.com to contact any HSO board or staff member.