Heartland Symphony Orchestra will begin its 43rd season of bringing classical music to west central Minnesota under the direction of its new conductor and music director Ryan Webber. The Fall concert series begins October 12 in Little Falls and October 13 in Brainerd. The theme “Musique francaise” will feature the music of Bizet, Chaminade and Offenbach. Playing side-by-side with the Heartland Symphony Orchestra for the Little Falls concert will be the St. Francis Music Center Orchestra. For the Brainerd concert, members of the Great River Strings will join the orchestra. The theme for the Winter concert series, “A Winter Gathering” will include a festive selection of music for the holidays. The Legacy Chorale will perform with the orchestra for these concerts which will be held December 7 in Little Falls and December 8 in Brainerd. The Spring series will feature the winner of the Composer’s Competition with the rest of the program devoted to “A Tribute to Beethoven”. The Spring series concerts will be held April 4 in Little Falls and April 5 in Brainerd plus and outreach concert in Crosslake.

As the new music director, Ryan Webber’s says his goal is to make orchestra music as accessible as possible. “I will continue to develop our relationships in Little Falls and Brainerd as well as build new connections with the community.” As a pre-concert lecturer, he has enjoyed sharing his passion for music and interacting with patrons before Minnesota Orchestra and Indianapolis Symphony concerts.

Ryan Webber maintains an active schedule as a conductor in northern Minnesota. Since 2017, he has served as the music director and pit orchestra conductor of Northern Light Opera Company. He has been a part of the Bemidji State University faculty since 2017, where he teaches applied low brass, co-directs the trombone choir, and is interim director of the BSU Pep Band. He is a rehearsal conductor for the BSU Symphonic Band and served as assistant music director for BSU’s production of Pirates of Penzance in 2018. Mr. Webber received a Bachelor of Music from the University of California, Irvine and a Master of Music from the University of Kansas.

He has led a successful career working with bands and orchestras around the country. He conducts the Bemidji Area Community Band, where he leads innovative and diverse programs. Previously, he was the Assistant Conductor for the Lawrence Youth Symphony, which doubled in size during his tenure. Other groups he has worked with include the Symphonette Orchestra of the Youth Orchestras of Kansas City, La Primavera Youth Orchestra, and Community Youth Orchestra of Southern California.

Beyond his time on the podium, Mr. Webber is also known as a trombonist and educator. He has served as bass trombone in the Heartland Symphony since 2016. When not busy working on music, Mr. Webber enjoys reading, running by Lake Bemidji, and exploring the area with his wife Miriam and dog Bailey.

For more information about Heartland Symphony Orchestra’s upcoming season, to order tickets, or to get involved either as a player or HSO sponsor, please email HSO at HeartlandSymphony@gmail.com, call 1-800-826-1997 or visit the website: www.heartlandsymphony.com. 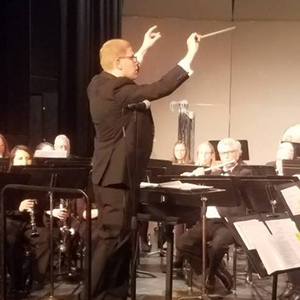 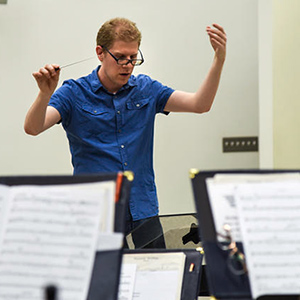