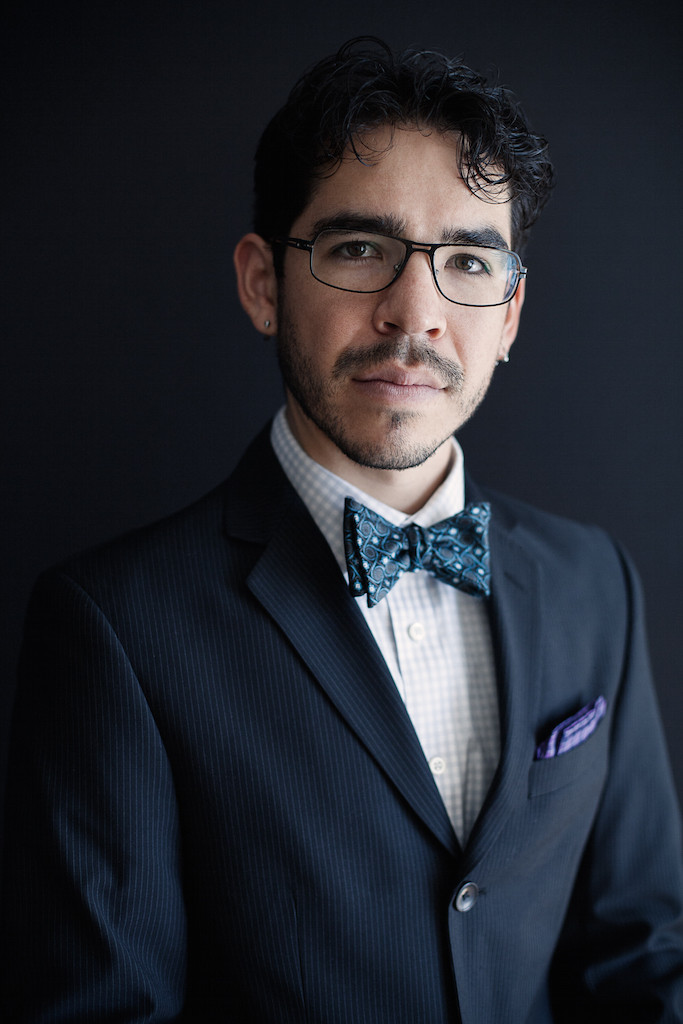 Nicolas Lell Benavides’ music has been described as “wonderfully structured and harmonically imaginative…” (Brian Rosen, Music vs Theater),“intriguing… an abstraction depicting something far more concrete…” (Stephen Smoliar, Examiner.com) and “… sadly reflective… not a note was wasted” (Jeff Dunn, San Francisco Classical Voice). He has worked with prominent groups such as Left Coast Chamber Ensemble, The Bay Brass, The International Orange Chorale, Friction Quartet, and One Found Sound. His music has been featured all over North America and Europe at festivals as well as on the radio.

As the Artistic Director of the Guerrilla Composers Guild (www.guerrillamusic.org), he has been called a “new music impresario of San Francisco” (Cy Musiker, KQED Arts). As a performer he has sung with Opera San Jose, the San Francisco Symphony Chorus. Nick has regular engagements around the Bay Area as a performer, composer, and conductor, and is currently the Composer in Residence with Elevate Ensemble. Next fall (2016) he will hold a residency in Visby, Sweden.

Nick has studied composition with David Conte, Jack Perla, Pamela Quist, and Kurt Rohde and has received degrees in music at Santa Clara University (BA) and the San Francisco Conservatory of Music (MM). He has also studied with Philip Lasser in Paris as part of the European American Musical Alliance. He is currently the managing director of the Left Coast Chamber Ensemble, on faculty at the Academy of Art University, and is also a teaching artist with the San Francisco Opera.

More information is available at www.nickbenavides.com.

The winning score will be premiered by the HSO at its 2016 Spring Concert – Spring Rhapsody to be presented in two rural Minnesota communities: Little Falls (April 9) and Brainerd (April 10). Call 1-800-826-1997 or email HeartlandSymphony@gmail.com for additional information.