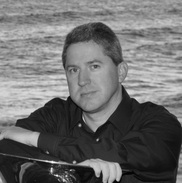 HSO announced Kenyon Wilson as its 2014 Composers’ Competition Winner. The Heartland Symphony Orchestra’s 2014 Composers’ Competition received submissions from  New Zealand, South Africa, Germany, Australia, and the United States. Kenyon Wilson’s composition “Subterfuge” received the top honor for its clear sense of direction, harmony, structure, and rhythm. All the parts are idiomatic and every player’s or section’s part is equally involved and important in bringing the piece to life. The world premiere of “Subterfuge” is scheduled for performance on HSO’s Spring Concert Series.

Kenyon Wilson is the Associate Professor of Low Brass and Music Theory at the University of Tennessee at Chattanooga and Principal Tubist with the Tuscaloosa Symphony Orchestra in Alabama and the Symphony Orchestra Augusta in Georgia.  He has served on the faculty of Central Michigan University, Valdosta State University in Georgia, and the Baku Music Academy in Azerbaijan as a Lecturing Fulbright Scholar. Dr. Wilson has received commissions from Morehead State University, Tennessee Technological University, Charlotte Tuba Ensemble, International Music Camp in North Dakota, and the International Tuba/Euphonium Association.  His first work for wind ensemble, Solace, received first place in the 2013 Hillcrest Wind Ensemble Composition Contest, his Songs of Distant Earth received third place in the 2011 International Trombone Festival Composition Contest, and in 2008 his Kerfuffle for brass choir was the subject of an article in the Arts Section of the Wall Street Journal.

More information and audio samples are available at www.kenyonwilson.com.

Where did you start when you wrote Subterfuge?  A melody line?  A rhythmic idea?

Subterfuge started with a three-hour commute to Tuscaloosa, Alabama.  My girlfriend (now my wife) was living there while I was living in Chattanooga, so we took turns driving to see each other on the weekends.  My compositions usually start as a word that I will turn into a musical idea.  During the drive, you see the word Alabama many times on signs and billboards, so I started seeing what tunes I could make with that word.

The interstate, since repaired, was also in fairly bad shape with the concrete plates not exactly lining up.  The result is that at certain (legal) speeds, you will get a steady, repetitive rhythm.  The road determined the tempo of the fast section, and eventually became the driving sixteenth notes played by the violas, violins, and finally the clarinets.

How long did it take you to write Subterfuge?  Did you run into any challenges along the way?

It took me several months to decide on the form and get the sketches worked out.  After that, I was able to complete the piece quickly except for the fugue section.  For some reason, it took an additional few months month just to work that part out.

Why did you name your piece “Subterfuge?”

A subterfuge is a deception to achieve a goal.  Since this was my first piece for orchestra, my early sketches were submitted under a pseudonym so I could get honest feedback from my colleagues.  For some reason, the title still seems appropriate even though my name is on it now.

Can you give our audience two or three things to listen for when they hear Subterfuge for the first time?

As mentioned earlier, the rhythmic section performed by the violas and violins, inspired by the now repaired interstate is a great place to listen and feel as if the audience is traveling down the highway.  The motive based on Alabama, first played by the timpani, is quoted several times throughout out the work most notably the bass line in the asymmetrical section.  Finally the opening passacaglia chord progression is based the same word as well.

I love composing for its own sake, but it is also nice when an organization wants to commission a new work from you.  I am currently working with a high school band on a piece to be premiered in May.  Each month the band reads the sketches, and we discuss where the piece should go next.  It is fun to have the students involved and invested in the piece.

When did you start composing?  What was the first piece you wrote?

I started composing in college, and my first composition was a fanfare for trumpet/tuba duet (for the simple reason that I played tuba and my roommate played trumpet).  The fanfare’s only performance was for the ribbon-cutting ceremony for a daycare center. I composed seven chamber pieces in college.  It then took about a decade before I started composing seriously again.  I now manage about three pieces per year.

My teaching load does not include composition.  I teach the freshman music theory sequence, teach applied low brass (trombone, euphonium, & tuba), and conduct the low brass ensemble.  I do require my low brass students to compose or arrange a work for low brass ensemble every other year, so they hopefully benefit from the experience.  Our rule is, “if it is a good arrangement, we will perform it.  If it is bad, we will tell you why.”

What is your favorite instrument or kind of ensemble to write for?

I am a tubist, so the majority of my early pieces are scored for brass.  Lately, though, I have really enjoyed writing for larger ensembles, especially orchestra and wind ensemble.